A Handbook on the Letters of John

The traditional title, The First Letter of John, says more than is actually known. First, there is nothing in the text to prove that the writing is a real letter: it does not contain the characteristics of letter-writing style found in other New Testament Letters, including the second and the third Letter of John, nor does it mention who is writing to whom. Second, the name John is not found in the writing itself, and neither the name nor the identity of the writer can be clearly determined otherwise. Nevertheless it is advisable to keep this title, by which the writing is traditionally known throughout the Christian Church. This Handbook will do the same, sometimes referring to the writer simply as “John.”

The word letter (in some languages rendered by `writing sent-out’) is used here more or less as a technical term for a written message to a congregation or group of Christians. Its choice was probably influenced by analogy to the writings of Paul, which are genuine letters. In some languages a more generic rendering must be used, resulting in a title like `the first writing of John’ or `what John wrote first.’ Where this might be misunderstood as meaning “the first thing John ever wrote,” it will be preferable not to distinguish the letters by ordinals but in another way, such as “What John wrote to his children in Christ (or to a group of Christians in his charge)” for the first Letter, “What John wrote to the elect lady and her children” for the second Letter, and “What John wrote to Gaius” for the third.

John’s second Letter discusses the same subjects as the first Letter but does so much more briefly. Only verses 10 11, instructions on how to deal with the false teachers, are new in comparison with the first Letter.

This similarity and difference between the two Letters can probably best be explained by the following assumption. The first Letter discusses in a general way the dangers threatening some of the congregations and contains a thorough discussion of the points in question. In the second Letter the same writer gives a summary of the main points of the first Letter for the benefit of a particular congregation, into which the false teachers had not penetrated as yet but might at any moment. To this he adds instructions on how to act when they do arrive.
If this view is right, the second Letter was written after the first. 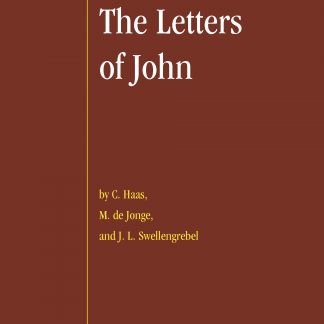