A Handbook on the Gospel of Luke

According to Luke, or, ‘written down by Luke’, ‘written by Iucas-even again (Shipibo language, implying that other writers had written other hooks on the same subject), ‘that Luke arranged/recorded’, ‘as Luke told/reported it’. whatever rendering is chosen, care should be taken to avoid three possible misunderstandings, (2) that the following narrative tells us about Luke; (2) that Luke was the person who brought the Good News; or, (3) that the story is given according to the personal views of Luke which might be understood from “according to”, selon, in some English and French versions.

Luke. In this and all other cases the translator has to consider the way proper names are idiomatically handled in the receptor language. Some languages, for instance, cannot use a name without a proposed particle functioning as name qualifier. In such a case, both for native and foreign names, the translator should comply with usage, giving the name in the wan names are given in the receptor language. In honorific languages name qualifiers tend to be differentiated according to the person’s rank or status, and may then acquire the force of titles; on the other band, titles can function as name qualifiers, and may even become fused with the name (cp. the use of ‘Saint’, as discussed in Think, p. 5). Such a title or qualifier, though obligatory with native naines, may never, or rarely, be employed with foreign names. Thus, in several languages of India a,, locally used polite title would sound as strange with ‘Luke’ as “Doctor would sound in the English Bible; some versions have solved the problem by introducing sadhu (as a translation of ‘saint’) to do duty as name qualifying title. 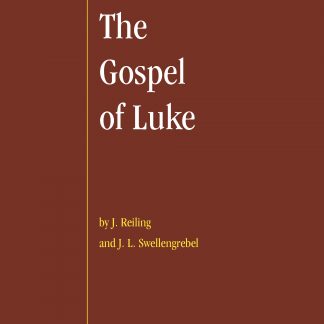