A Handbook on Paul’s Letter to the Colossians & Philemon

Paul wrote the letter to the church at Colossae while he was in prison (4.3,18). Associated with him in the writing of the letter is Timothy (1.1), and greetings are sent from six other individuals who are also with Paul: Aristarchus, Mark, Joshua (also called Justus), Epaphras, Luke, and Demas (4.10-14). The letter is to the taken to Colossae by Tychicus, accompanied by Onesimus, who is from Colossae (4.7-9). A personal message is sent to Archippus (4.17).

There are obvious connections between Colossians and Philemon. When Paul writes to Philemon, he is also in prison (Philemon 1.23), and Timothy is associated with him in writing the letter (1). Of the six individuals who appear in Colossians as sending greetings, five of them appear also in Philemon (23-24). The whole letter to Philemon has to do with the slave Onesimus, who is returning to his master Philemon (8-20). And Archippus is associated with Philemon as one of the recipients of the letter (2).

Colossians is also somehow related to Ephesians. Beside the obvious similarities between the contents of the two letters, Paul is also in prison (6.20) and Tychicus is being sent with the letter, with the similar commission of letting the readers know how Paul is getting along (6.21-22). The explanation of these relations is the most varied possible, and a translator should consult some commentaries and at least read the other two letters closely before concentrating on Colossians.

There is no way of determination where Paul was in prison, whether in Ephesus, Caesarea, or Rome. There is a wide divergence of opinion on this question, and since it is impossible to ascertain where Paul was, it is equally impossible to state when Paul wrote the letter. It seems quite probable, however (unless one disputes the Pauline authorship of Colossians, as some do), that Colossians was written at the same time and place at Philemon.

The letter is written to Christians living in Colossae, a city in what was then the Roman province of Asia (of which Ephesus was the capital). The city was in the Lycus Valley, some 175 kilometers east of Ephesus; it was about 17 kilometers southeast of Hierapolis, both of which are associated with Colossae in the letter (2.1, 4.13,15-16).

Paul’s letter to Philemon is the most personal of all his letters. It is written on behalf of Onesimus, a slave who had fled from his master Philemon and had somehow become Paul’s friend and convert to the Christian faith while Paul was in prison (verse 10). Paul is returning Onesimus to his master, and the letter is written to intercede with Philemon, who had been converted to the Christian faith by Paul (verse 10), to receive Onesimus back a Christian brother (verses 15-17). It should be remembered that at that time a runaway slave, when caught, could be put to death by his master.

In Colossians 4.9, Onesimus is said to be from Colossae; as a consequence, it must be assumed that Philemon, Apphia, Archippus, and the church that meets in Philemon’s house are all also in Colossae, but this is not explicitly said in the letter to Philemon.

Paul is in prison (verses 1,10,23); Timothy is named as a fellow writer (verse 1); and with Paul are Epaphras, Mark, Aristarchus, Demas, and Luke (verses 23-24). He hopes to be set free from prison before long and to go visit Philemon and the others (verse 22). 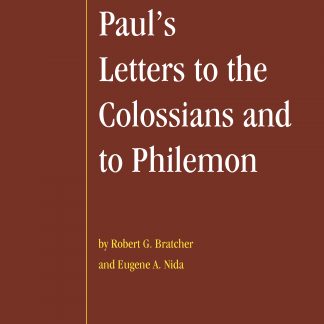