A Handbook on the Revelation to John

This is an apocalypse (1.1), that is, a book that deals with eschatological matters, events that take place at the end of human history. There are apocalyptic passages elsewhere (such as Daniel 7–12, and Mark 13 and parallels), but this is the one biblical book that is thoroughly apocalyptic. The first part, the letters to the seven churches, serves as an introduction to the book.

The message is presented in a series of visions, which include bizarre events and places, and unusual figures—celestial, human, and animal—all of which are symbols that represent some person or event that relates to the life and destiny of first-century Christians in an important way. The translator should keep firmly in mind that, above all, this book was meant to meet the spiritual needs of its immediate readers. This implies that most, if not all, of the symbols and figures were understood by them.

Modern translators, however, are far removed from those first readers and cannot be certain that they understand all the seer’s visions. There are various interpretations: some understand the book to be referring to things of the past; others, to the time of the writer or to the time from the writer to the end of history; others take the book to refer completely to the time of the End, that is, the end of human history. All these interpretations depend in some measure on how 1.19 and 20.1 8 are understood. On the other hand there have been those who have seen the book as pure allegory, without any relation to a particular period in human history; but very few take this position nowadays. Whatever may be the interpretation preferred, full force must be given to the author’s insistence that the things he is describing will take place soon (1.4; 22.7,10,12,20).

Fortunately the translator need not understand completely the meaning of all the symbols, signs, events, animals, and numbers; the translator’s sole task is to translate them as literally, clearly, and specifically as possible, without interpreting them. Since the purpose of a dynamic equivalence translation is to allow its readers to understand the text as well as did the readers of the original, the objection may be raised that the translator must supply some clues as to the meaning of the various symbols. To this argument the only response is that we as translators are quite uncertain as to their precise reference and would be doing the readers a disservice by introducing interpretation into the text. In some cases the author himself gives the explanation. The notorious prostitute in chapter 17 is “that great city that is built near many rivers” (17.1), that is, “Babylon the Great” (18.2); there are “seven hills, on which the woman sits” (17.9), which makes it clear that “Babylon” is Rome; but nowhere does the name Rome appear in the book. And there are other clues that help the modern reader identify with a high degree of certainty the historical figures represented by the various symbolic beings and names (see, for example, 11.8). 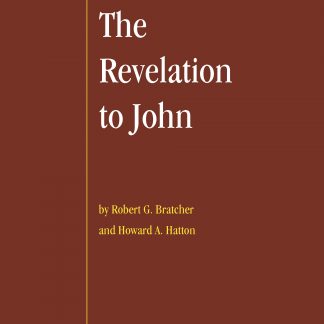