A Handbook on Psalms

The English word “Psalms” is a transliteration of the Greek psalmoi, which is the title of the book in the Greek translation of the Old Testament, the Septuagint (see also Luke 20.42; Acts 1.20). “Psalter” is a collective term, meaning all 150 psalms. The Latin title Psalmi is found in some printed editions of the Hebrew text. The Hebrew name of the biblical book is sefer tehillim (“book of praises”) or simply tehillim. By extension the Hebrew noun “praise” means also “song of praise,” as in the Hebrew title of Psalm 145, “A Song of Praise by David” (see also its use in 22.25a, “my praise”).

Most translators will have translated the word “psalms” in Luke and Acts. Now, however, the translator must think in terms of a meaningful title for the complete collection of the psalms, since these are bound to play an important role in the church, which until now may have known them, if at all, through a second language. In some languages “The Book of Psalms” is translated “Songs of worship,” “Chanting for praising God,” “Songs about God.”

Many of the difficulties that arise in understanding biblical poetry would be cleared up if we could turn to a native reader and have him read the psalm just as it was read when it was composed. This, unfortunately, is not possible for several reasons. The accent marks and vowels we have in our Hebrew editions of the Bible were fixed at least a thousand years after most of the poems were composed. In that long interval many sounds were changed, distinctions between consonants had shifted, accents, vowels, and syllables were modified. There is no record of how poetry sounded to the ear, and in some cases words have changed meanings. Because these ancient poems were not written down in poetic lines, it is not always possible to know where one line ends and the next begins. Furthermore, modern interpreters are often at a loss because they do not know the communicative situation—who wrote the psalm, for whom, under what circumstances. 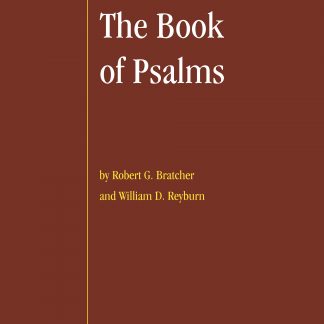 You're viewing: A Handbook on Psalms $60.00
Select options