A Handbook on Daniel

The Book of Daniel is very much like the New Testament book, the Revelation to John, both in its style and in its type of literature. The primary aim of each of these two books is to strengthen faith and to encourage believers in all times, regardless of what trials and persecutions they may face. They are the writings of a kind of nonviolent resistance movement.

Whoever the author or authors, and regardless of when the book may have been written, there is one thing that seems to be widely acknowledged today: the stories and visions of the Book of Daniel are applied in the first place to a historical period that is thought to be that of Antiochus IV Epiphanes, who was the Seleucid king in the second quarter of the second century B.C. This is clearly suggested in certain texts (see, for example, 8.15 27), even if opinion is divided with regard to other texts.

Furthermore, it is undeniable that Christian tradition has seen in the various affirmations of the book a foreshadowing or announcement of the coming of Jesus Christ, the Messiah sent by God (see 7.13 14; 11.31; 12.11 in connection with Matt 24.15 and Mark 13.14). Finally, the affirmations of the book concerning the end of time (especially chapter 12) have furnished the occasion to certain well-meaning believers to discern in their time the “true” fulfillment of the predictions of Daniel and to determine in a very precise way the date of the end of the world. But in each case the cherished predictions have so far been contradicted by actual events.

Nevertheless, to admit that the story of Daniel may be applied to such a historical event, whether ancient or recent, does not have to mean that it concerns only that event. The “eleventh horn” of 7.8 is not only Antiochus Epiphanes; it is not only, as certain people think, the “Wicked One” about which the Apostle Paul speaks in 2 Thes 2.1 10; it is not only the Emperor Nero, or Napoleon, or Adolf Hitler, or any of the other persecutors of the Jews or of Christians down through the past twenty centuries. This “eleventh horn” was first of all Antiochus Epiphanes, but with good reason believers of every century have been able also to recognize other cruel tyrants oppressing those who remain faithful to the true God. These same believers have drawn from the Book of Daniel the strength and courage to confront the trials that they faced with calmness and confidence. 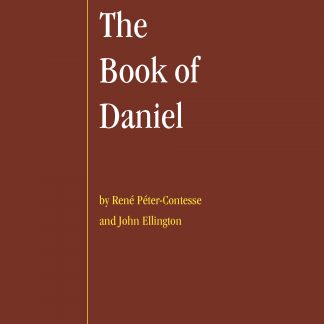