A Handbook on Proverbs

In the Hebrew Bible the title of the book of Proverbs is mishle, which is the first word of the text and part of the construction mishle-Shelomoh, “the mashals of Solomon.” In order to understand the nature of the book as well as to translate its title, we need to examine how the Old Testament, and particularly the book of Proverbs itself, uses the Hebrew word mashal, often rendered “proverb” in English. We also need to study the features that characterize a “proverb,” as the term is understood in English, keeping in mind the fact that most languages have a similar term that refers to traditional sayings.

In English the title “Book of Proverbs” suggests that this book contains only the kind of popular sayings that are customarily called proverbs, in the sense described above. Therefore translators must ask themselves if the word used to translate the title meaningfully conveys to the reader the content of the book. As the outline of the book of Proverbs shows, chapters 1-9 contain instructions in the form of poetic discourses as well as speeches by someone called “Wisdom.” Many of the “proverbs of Solomon” in chapters 10-22 and 25-29 do not have the form of wise sayings found in other languages. Furthermore, the material found in chapters 30-31 will rarely, if ever, be considered to be “proverbs.”

Accordingly, it is necessary to ask if using the word for “proverbs” as a title misleads the reader. If this is the case, as it almost always is, then translators should consider other more appropriate and revealing titles. They should consider all the possible names for traditional compositions and sayings, and discuss how they differ from one another. Only after such study will they be ready to make the best choice. Some suggestions are: “The teachings of wise words,” “Teaching to make people wise,” “What wise people taught,” “Examples from the wise,” “The lessons from the wise,” “Learning to be wise,” “The book of good advice,” “Insights into living wisely,” and “Learn wisdom and live happily.” Content of the book of Proverbs The book of Proverbs is made up of a variety of genres or types of literature. Also, the titles within the text and the introductory verses such as 10.1; 25.1; 30.1; and 31.1 show that the book comes from different traditions and authors. For example, 1.1; 10.1; and 25.1 introduce what follows as being connected with Solomon. 24.23 introduces words or sayings of “the wise” without naming anyone. 30.1 introduces the words of Agur, and 31.1 introduces the words that King Lemuel’s mother taught him. Not only are there different authors, but the literary, stylistic, ethical, and religious orientations vary considerably throughout the book. 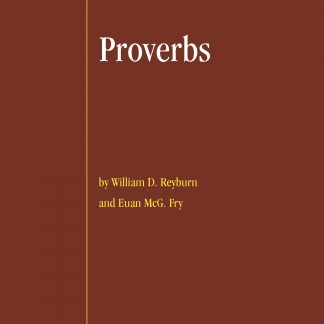